The OpenStack architecture consists of multiple distributed services which often work together to carry out a single logical operation. Given the nature of this architecture, getting up to speed on the call flows and interactions can be a daunting task for developers and operational admins alike.

For a single boot server operation consider some of the high level logistics which must be carried out:


The list given above is a very abstract and simplistic view provided to illustrate the complexity and breadth of operations which must occur to fulfill a single request. For this reason I found it easiest to visualize the components and interactions using a diagram which is provided below.

The ad-hoc diagram below depicts the high level call flow of an OpenStack nova compute 'boot server' operation. In this diagram each of the boxes illustrate a major component of OpenStack and the lines represent interactions between components. This diagram is not intended to show each and every interaction / operation, however it provides incite into the major operations and interactions which occur to full the provisioning of a new nova VM. Finally note this diagram was constructed in late July of 2013 and thus reflects the state of OpenStack at that point in time -- internals may have shifted. 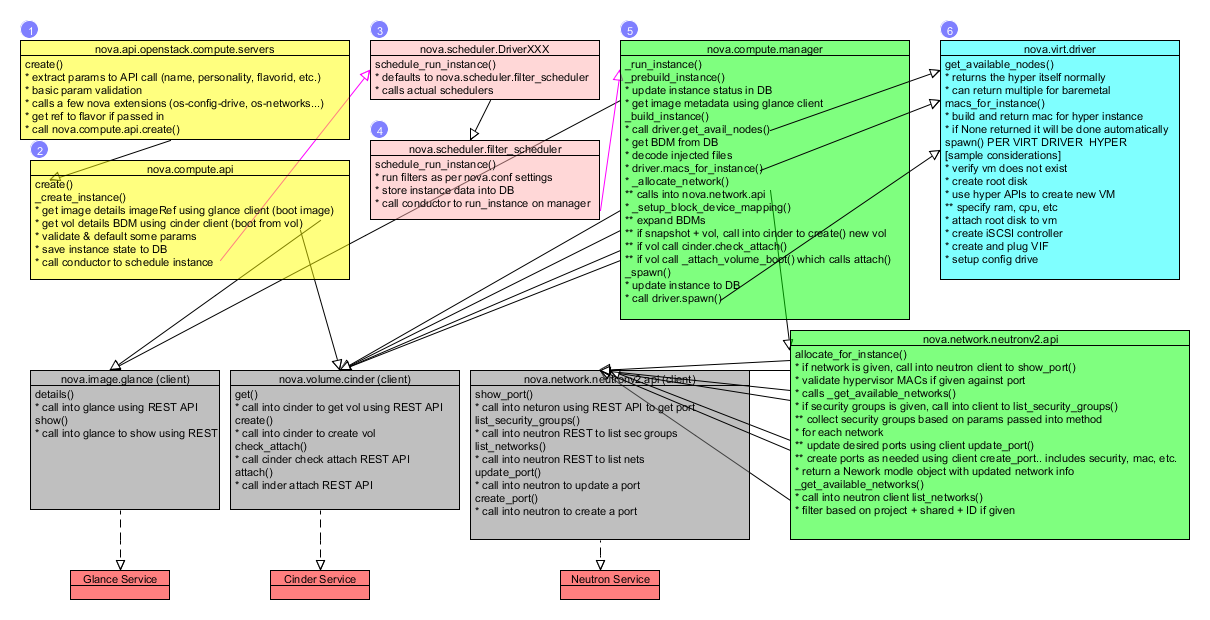 Email ThisBlogThis!Share to TwitterShare to FacebookShare to Pinterest
Labels: openstack